With a steady decline in the number of Alaska Natives who have lived the traditional subsistence lifestyle and can speak the Sugcestun (pronounced: sooks-tun) language, the culture and traditions of the Chenega people need to be preserved and passed on in order to survive. 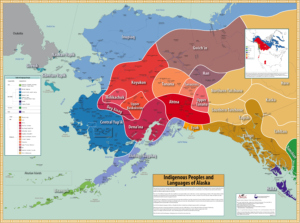 According to Dr. Michael Kraus, author of the Alaska Native Language Map, Sugpiaq is one of the twenty major Alaska Native language groups, like Yupik, Ahtna or Tlingit. Sugcestun is a cultural term used by the Native Peoples of Prince William Sound to refer to their language, especially the local indigenous dialects such as that found in Chenega, thus they are used interchangeably.

Today, the Chenega Culture Preservation Program is ongoing, to capture the memories and experiences of the Chenega Elders and develop ways to pass them down to descendants for the benefit of generations to come. 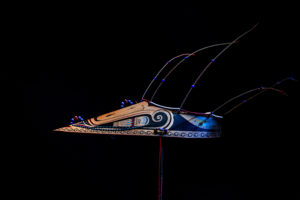 In 2004, the Chenega Corporation board launched the Chenega Culture Preservation Program. A committee of Chenega Elders and youth engaged in strategic planning to develop a mission and vision for this culture preservation and goals and an action plan to achieve them. The original goals identified were:

To preserve, strengthen, enhance and teach the Sugcestun language and cultural history for the present and future generations of the Prince William Sound Sugpiaq.

To capture our Sugpiat history and to teach our future Sugpiaq through the preservation of our Sugcestun language and cultural heritage. 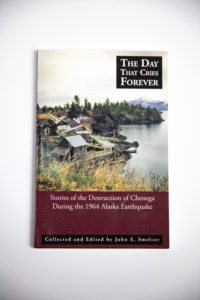 The Day That Cries Forever: This compilation of first-person accounts of the deadly 1964 earthquake and tsunamis that hit Chenega Island and claimed 26 lives, over 1/3 of the people. Chenega suffered the highest percentage of loss of life of any community in the earthquake. The book received national acclaim and recognition.

The Day That Cries Forever

Chenega is Gone (DVD): This fifty-three-minute documentary, created by the Red Cross with its CBS affiliate TV station in San Francisco, chronicles the events that occurred in Chenega directly after the 1964 earthquake, as well as the months that followed. 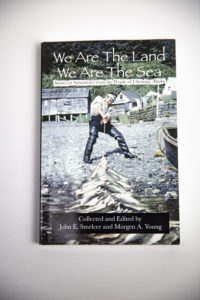 We Are the Land, We Are the Sea: This compilation includes stories of a subsistence lifestyle and recipes of subsistence foods as told by the Native People of Chenega, Alaska. 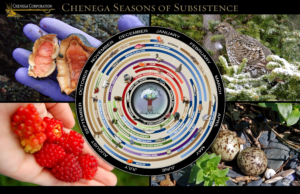 Subsistence Poster:  This colorful poster documents each month of the year, naming the various subsistence harvesting, fishing, and hunting that is done in and around Prince William Sound.

Twelve Language Posters with CD of pronunciations:  These Posters and CD compilations include the pronunciations of the words by Chenega Elders and phonetic spelling of the Chenega Sugcestun Language.

Archived Artifacts from an Archaeological Survey at the Original Chenega Village Site:  Prior to the construction of a pavilion on Chenega Island at the original village site, the National Forest Service conducted an archaeological survey where over 400 artifacts were found. Among them were chips of plates and cups, kitchen pots and ladles, guns, buttons, marbles, oil cans, perfume bottles and other remnants of Chenega’s past. Elders were filmed telling stories of the days these artifacts were once a part of daily life.

Chenega Diaries: Stories and Voices of Our Past: This compelling book and documentary DVD tells the story of the life and times of the Chenega People circa the late 1940s. Using the children’s diary entries, archived correspondence and over 350 photographs, daily life in the Chenega Village during that time comes alive! Stories, myths, memories, recipes, and more from Chenega Elders were collected and added to the book, documentary, and website: ChenegaDiaries.com as they recollect their memories of that time. With this project, we also branched out into the community, sharing this publication package with teachers and administrators at the Chugach School District and statewide through the Alaska State Library System, sharing the Chenega story far and wide. Please note: The Chenega Diaries DVD plays best on a DVD player and may not work on all computers.

Chenega Diaries: Stories and Voices of Our Past

Chenega and the Church – Preserving the Traditions of our Faith 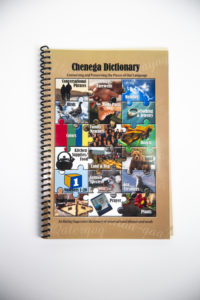 Chenega Dictionary – Connecting and Preserving the Pieces of our Language: This dictionary includes over 200 conversational phrases with 17 additional chapters of commonly used words, each with proper spelling and pronunciations.

Chenega Dictionary – Connecting and Preserving the Pieces of our Language

Ojameltkatis beaded bracelet-making Lesson: This instructional tri-fold brochure is based on a beaded bracelet design discovered in 1953 on an archeological expedition in Prince William Sound. It includes information necessary to learn the craft of making a beaded bracelet, armlet or neck bands designed to resemble those found during the expedition.

Resurrected Chenega Song from 1900s: “Gotta Go To School”: The simple and timeless words and the tune of the song are easy to teach to children giving them a new appreciation for learning about their culture.

Baidarka Building Workshop with Mitch Poling: Mitch Poling learned the art of baidarka building from his early years in Chenega. In later life, under the tutelage of Chenega Elders, Mitch mastered the art, and today provides hands-on workshops to pass this craft on for generations to come. Chenega sponsored a 10-week baidarka building class in Chenega Bay, engaging the entire community with work, and infusing a shared team spirit which yielded three beautiful two-seat baidarkas that are used today in the village for recreational purposes and subsistence hunts. 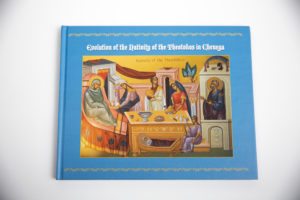 The Evolution of the Nativity of the Theotokos in Chenega